Blog
You are here: Home1 / Blog2 / Hispanic Culture3 / The Recession As Hispanics See It

It is no secret that the struggling economy is affecting everyone in one way or another. But how, specifically, are Hispanics viewing and weathering the downturn? Data sources abound about the general population — polls from various sources that may or may not be statistically representative of that or any group. But those who need to make marketing and business decisions taking into account Hispanics and the economy need something more substantial.

New data from a representative cross-section of all Americans — including Hispanics — is providing just that, along with some surprising insights, with greater reliability, on the recession as Hispanics see it.

Knowledge Networks asked 28,754 people (ages 18 and above) — including 2,511 Hispanics — on our nationally representative KnowledgePanel® the following question: “Do you consider the state of the economy to be better, worse, or about the same relative to one year ago?” In the general population, 88% said “worse,” and 10% said it’s about the same, with no differences appearing by ethnicity — indicating a common view: “It’s worse.” It seems that we see ourselves as sharing the same boat.

The future: Optimism versus pessimism

When it comes to optimism about the future, however, clear ethnic and racial differences do emerge. Hispanics and African Americans are envisioning the health of our economy one year from now very differently from Caucasians.

What behaviors would they change?

Nationally, attempts abound to predict how people will behave in the marketplace, given differences in economic psychology among different ethnic and racial groups. In short, what might people change if the economy gets worse … or if it gets better?

With an improving economy, it seems there is reason to believe that spending will bounce back. When asked, “Which of the following do you think you might change as a result of the economy improving?” Forty-one percent of the general population said they would change how much they spent; a drop of thirty-seven points relative to their spending behavior ‘if the economy was worse.’ So average people in the U.S. will be much less likely to reconsider their spending habits if the economy improves.

This supports the conclusion that Hispanics may be among the last to have their spending habits change drastically as the economy improves — because they predict a smaller change in their spending for a positive economy. Ongoing online survey research using a representative sample can illuminate whether this is indeed the case. 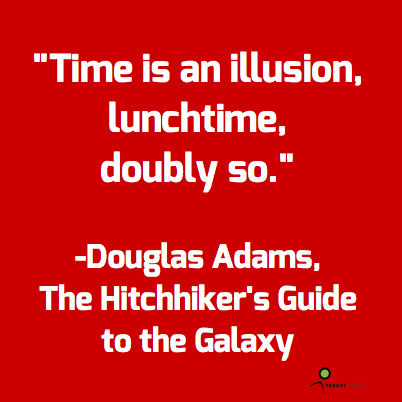 time is an illusion

Spanish speaking robot tells you how to take your meds!