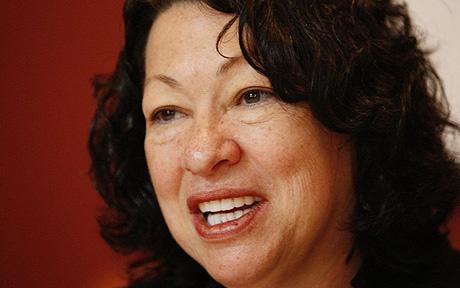 MONDAY, OCTOBER 5: SUPREME COURT TERM OPENS
Profile America — Monday, October 5th. As National Hispanic Heritage Month continues, today marks the first day of the current Supreme Court session. As the justices file in, their ranks will include Associate Justice Sonia Sotomayor, confirmed by the Senate in August. Her official investiture ceremony was held last month. She already has participated in one case left over from the previous session. Sotomayor is the 111th justice to sit on the nation’s highest court. She is the first Hispanic and the third woman on the Supreme Court. Across the U.S., there are just over 1 million lawyers, nearly one-third of them women and just over 4 percent Hispanic.

You can find these and more facts about America from the U.S. Census Bureau online at www.census.gov.

Profile America is produced by the Public Information Office of the U.S. Census Bureau. These daily features are available as produced segments, ready to air, on a monthly CD or on the Internet at http://www.census.gov (look under the “Newsroom” button).