When targeting the multicultural market, race and ethnicity are becoming less important than education, income, home ownership, age and lifestyles.  Hispanics, African-Americans and Asian-Americans are moving to middle-class suburbs and prosperous neighborhoods, and are identified more by their lifestyles and spending habits than by their ancestry. 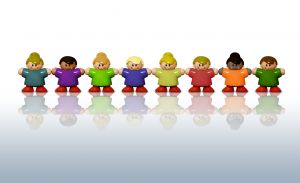 The composition of the Hispanic population is shifting.  Hispanics now account for 13.7% of the total population.  The “new dynamics” of the Hispanic market hinge on the emerging second and third generations, native- and foreign-born differences, and broad geographic growth.

According to a Census Bureau report released in June 2004, an estimated 39.8 million Latinos live in the U.S., an increase of almost 13% since the 2000 Census. It projects Hispanics will increase their ranks by 188% to 102.6 million—or roughly one-quarter of the population—by 2050.  Hispanics will count for nearly one out of every five U.S. residents by 2012 if current growth rates continue.

The Hispanic Consumer now constitutes the largest minority group in the United States, according to the U.S. Census Bureau, comprising 13 percent of the population, or 39 million people. Moreover, their buying power has nearly tripled, from $222 billion in 1990 to $653 billion in 2003, according to a University of Georgia report.

The spending power of the U.S. Hispanic Consumer is also increasing.  The median income of Hispanic households rose 20 percent from $27,977 to $33,565 between 1996 and 2001, while the median for all U.S. households climbed just 6 percent.

“Whether a Latino household wants to buy a lawn mower has less to do with their ethnicity than if they happen to be homeowners,” says Michael Mancini of Claritas. The two great forces, age and diversity, have rendered the traditional marketing categories irrelevant in many cases.

One of the most common mistakes advertising executives make when marketing to a Hispanic consumer is assuming that the U.S. Hispanic population is homogeneous.
Source: TIA

Older Hispanics a work force to be reckoned with

An Aloe Vera Juice Site for the Hispanic Market?