Blog
You are here: Home1 / Blog2 / Market Intelligence3 / Do you know about people from Ecuador? 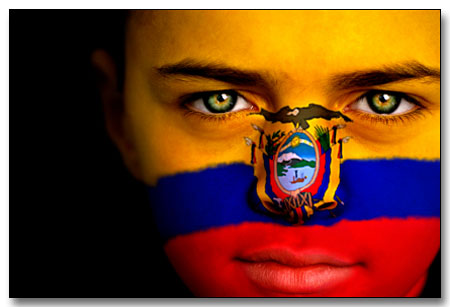 People from Ecuador in this statistical profile are people who self-identified as Hispanics of Ecuadorian origin; this means either they themselves are Ecuadorian immigrants or they trace their family ancestry to Ecuador. Ecuadorians are the ninth-largest population of Hispanic origin living in the United States, accounting for 1.3% of the U.S. Hispanic population in 2008.

This statistical profile compares the demographic, income and economic characteristics of the Ecuadorian population with the characteristics of all Hispanics and the U.S. population overall. It is based on Pew Hispanic Center tabulations of the 2008 American Community Survey. Key facts include:

• Language. Less than half of Ecuadorians (49.1%) speak English proficiently.2 Some 50.9% of Ecuadorians ages 5 and older report speaking English less than very well, compared with 37.3% of all Hispanics.

• Marital status. Ecuadorians are more likely than Hispanics overall to be married—50.7% versus 46.5%.

• Educational attainment. Ecuadorians have higher levels of education than the Hispanic population overall. Some 18.2% of Ecuadorians ages 25 and older—compared with 12.9% of all U.S. Hispanics—have obtained at least a bachelor’s degree.

• Poverty status. The share of Ecuadorians who live in poverty, 13.5%, is similar to the rate for the general U.S. population (12.7%) and below the 20.7% share among all Hispanics.

• Health Insurance. One-third of Ecuadorians (34.7%) do not have health insurance compared with 31.7% of all Hispanics and 15.4% of the general U.S. population. Additionally, 16.4% of Ecuadorians younger than 18 are uninsured.

• Homeownership. The rate of Ecuadorian homeownership (40.3%) is lower than the rate for all Hispanics (49.1%) and the U.S. population (66.6%) as a whole.
1 Percentages are computed before numbers are rounded.
2 Ecuadorians ages 5 and older who report speaking only English at home or speaking English very well.
Source: Pew Research Center

Why Marketers Should Care About Reaching Latina Bloggers
6 replies

Oldways Issues Call to Industry to Band Together To Change the Way America ...
Scroll to top
3.1K2 min