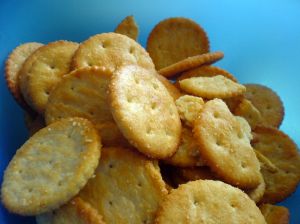 Dipped, topped or eaten plain, America loves snacks. But new research from Mintel shows that not all Americans snack the same. Hispanics, the fastest growing population in the US, differ significantly in their snacking habits.
Hispanic adults are twice as likely as non-Hispanics to reward their children’s good behavior with salty snacks (41% versus 19%). But salty snack consumption among Hispanic adults is low, possibly due to traditional food preferences. Of five snacks-potato chips, pretzels, popcorn, nuts and corn/tortilla chips/cheese snacks-only 65% of Hispanics report eating three or more regularly (versus 80% of the general population).

’Manufacturers need to understand that Hispanic’s eating habits are not the same as the general population’s,’ explains Leylha Ahuile, multicultural expert at Mintel. ’Even among Hispanics, we see huge variety in snacking, eating and drinking tendencies.’ Ahuile emphasizes the importance of not viewing Hispanics as one homogenous group. ’Understanding acculturation and how Hispanics differ from one another is key for companies hoping to tap into this rapidly growing market.’