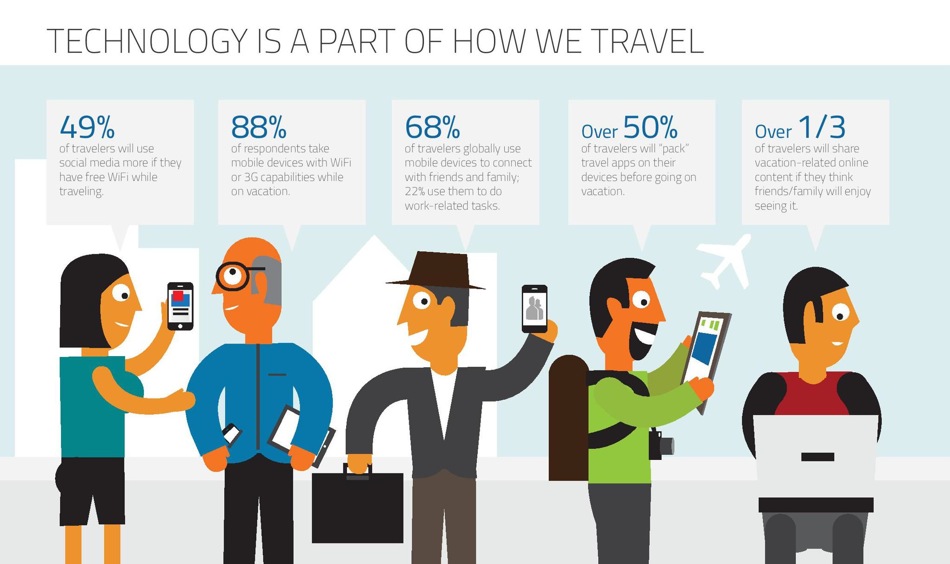 Facebook is not always the solution when planning or executing a Social Media campaign, especially when the industry is Travel and Tourism. TripAdvisor, the New York Times Travel section, Driftr.com, TripSay, ThornTree, and many other Social Media sites would be a more suitable choice.

50 million reviews and opinions on TripAdvisor, the world’s largest Travel site, would definitely back this up. TripAdvisor has doubled its content in two years and features more user-generated content than any other Travel website. 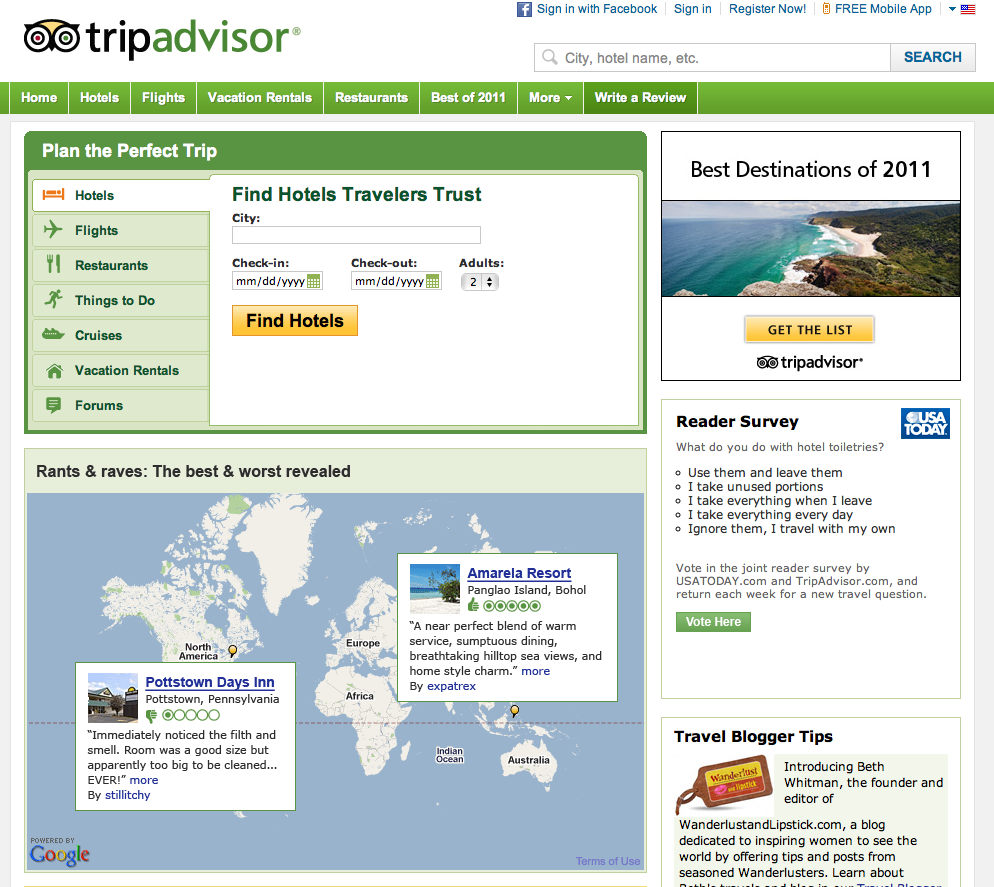 In January 2005, TripAdvisor reached one million published reviews and opinions, then grew to 10 million in June 2007, 25 million in July 2009 and now features 50 million reviews and opinions — more user-generated content than any other travel site.  TripAdvisor currently publishes 25 new contributions every minute thanks to its active traveler community of more than 20 million members worldwide.

“When we first launched TripAdvisor we knew there would be an appetite among travelers for honest reviews written by real people. Eleven years later, we are tremendously proud to have reached 50 million reviews and opinions which help over 40 million travelers a month around the world plan and experience the perfect trip,” said Steve Kaufer, founder and CEO of TripAdvisor.

“TripAdvisor has tremendous user loyalty and this is largely due to the freshness of content added to the site every day by our passionate community,” said Kaufer. “We would like to thank the millions of reviewers who have contributed to making TripAdvisor the world’s largest and most relevant travel planning tool.”

More Than 851,000 Members Join the Aflac Cancer Center Facebook Cause

Latina bloggers are a force to be reckoned with