Aflac (NYSE: AFL) announced that it has raised more than $1.16 million for the Aflac Cancer Center through a matching grant campaign with Causes on Facebook, making it the largest sponsored campaign in the history of Causes. The effort also resulted in 851,215 new members joining the Aflac Cancer Center Cause, helping to generate awareness and financial support during Childhood Cancer Awareness Month.

The Causes application on Facebook has more than 85 million users who have created over 300,000 charitable causes that have benefited 60,000 nonprofits in the United States and Canada. Donors have used the Causes application on Facebook to give more than $14 million to these organizations. Prior to the launch of Aflac’s pediatric cancer Cause, the largest matching grant on a Facebook Cause was $100,000.

“Thanks to Aflac’s campaign to raise money for childhood cancer and blood disorders on Causes on Facebook, children at the Aflac Cancer Center will be assured cutting edge treatment and clinical research to get them back to being kids,” said Dr. William G. Woods, Director of the Aflac Cancer Center. “With every dollar raised we offer new hope for our kids and their families.”

“Our goal is to find a cure,” said Aflac chairman and CEO Dan Amos. “We want to thank the more than 851,000 people who rose to the challenge and joined Aflac’s fight against pediatric cancer. With their help we can continue the progress that has seen survival rates soar from 20 percent in the 1980’s to 80 percent today.”

Aflac Chairman and CEO Dan Amos personally contributed $100,000 to the cause, and his donation, like all the others, was matched dollar-for-dollar by Aflac. NASCAR driver Carl Edwards, who is sponsored by Aflac, responded to Amos’s gesture by contributing his portion of his team’s earnings from the September 6th race at the Atlanta Motor Speedway.

“Aflac’s $1 million initiative is the largest sponsored cause that we have ever seen on Facebook and it demonstrates the growing philanthropic power of Causes,” said Joe Green, founder of Causes. “This matching grant is a success not only because of the money raised, but also because 851,215 individuals were empowered to make a difference through peer to peer activism. We’re delighted that Aflac chose our application to generate awareness and that together, we were so successful in producing potentially life-saving results for children with cancer.”

Each year the Aflac Cancer Center treats more than 350 new cancer patients. It also provides the largest sickle cell disease program in America, with 1,635 active cases and has cured more children of sickle cell disease than any treatment center in the nation. In addition to funding research and treatment, Aflac contributions serve other critical needs, including new facilities, a new state-of-the-art pediatric research building, and endowments for the Family Support Team and Fellowship Program. In August, the Aflac Cancer Center announced that Aflac had surpassed $50 million in donations to this cause.

For more than 50 years, Aflac products have given policyholders the opportunity to direct cash where it is needed most when a life-interrupting medical event causes financial challenges. As the number one provider of guaranteed-renewable insurance in the United States and the number one insurance company in terms of individual insurance policies in force in Japan, Aflac insurance products provide protection to more than 40 million people worldwide. In 2009, Aflac was recognized by Ethisphere magazine as one of the World’s Most Ethical Companies for the third consecutive year and was also named by the Reputation Institute as the Most Reputable Company in the Global Insurance Industry for the second consecutive year. In 2009 Fortune magazine recognized Aflac as one of the 100 Best Companies to Work For in America for the eleventh consecutive year. Fortune magazine also ranked Aflac No. 1 on its global list of America’s Most Admired Companies in the Life and Health Insurance category. Aflac appears on Hispanic Enterprise magazine’s list of the 50 Best Companies for Supplier Diversity and on Black Enterprise magazine’s list of the 40 Best Companies for Diversity. Aflac was also named by Forbes magazine as America’s Best-Managed Company in the Insurance category. Aflac Incorporated is a Fortune 500 company listed on the New York Stock Exchange under the symbol AFL. To find out more about Aflac, visit aflac.com.

About Aflac Cancer Center and Blood Disorders Service of Children’s Healthcare of Atlanta:

The Aflac Cancer Center and Blood Disorders Service of Children’s Healthcare of Atlanta is a national leader among childhood cancer, hematology, and blood and marrow transplant programs, serving infants to young adults. Recognized as one of the top childhood cancer centers in the country by U.S.News & World Report, the Aflac Cancer Center treats more than 350 new cancer patients each year and follows more than 2,500 patients with sickle cell disease, hemophilia and other blood disorders. Visit www.aflaccancercenter.org or call 404-785-1112 or 888-785-1112 for more information.

Spanish speaking robot tells you how to take your meds! 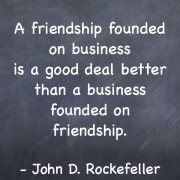 Breaking Through the Mammography Controversy