We are constantly amazed by the creativity of BMW MINI Cooper’s ambient and guerilla marketing ads campaigns and how they constantly improve the brand’s positioning and manage to capture our attention. These campaigns display an outstanding level of originality, vision and overall memorability. So, we decided to select a few of our favorite campaigns and share them with you. 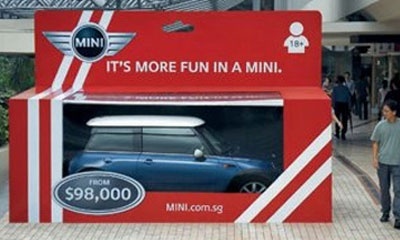 Do you remember the fun times playing with those matchbox cars? In 2003 TBWA reminded us we can always desire a big boy toy. The ambient campaign featuring a real MINI Cooper in a box was able to send the message to the public of all ages: “It’s always more fun in a MINI.” 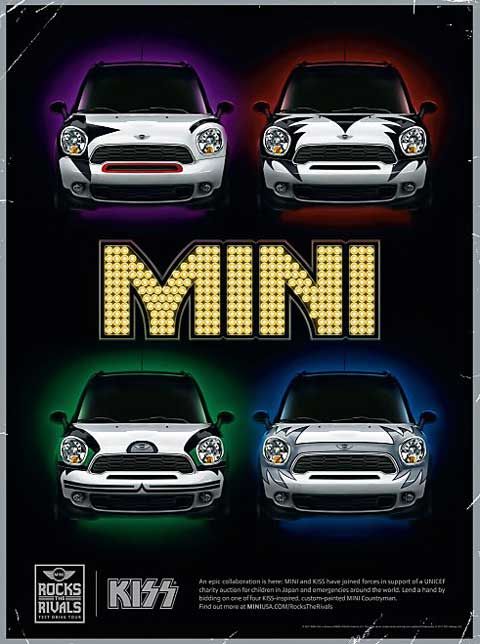 As part of the guerilla marketing ads campaign, MINI will be traveling from city to city offering test drives of the Countryman and 3 of its closest competitors.

KISS helps MINI Rock the Rivals for a great cause

What happens when you combine trendy cars and rock and roll? You will get every grown man’s attention for a great cause. A great example is the campaign MINI USA had on 2011 in collaboration with the rock band KISS. Custom-painted and designed cars that resemble the famous painted faces of each KISS member were autographed by the band and prepared for their auction on Father’s Day.

Named “The MINI Rocks and Rivals” the movement aimed to promote vehicle wraps with the special KISS design, giving their customers another way to add a personal touch to their vehicles. Even more important for this campaign was to raise funds for UNICEF to support children in Japan. 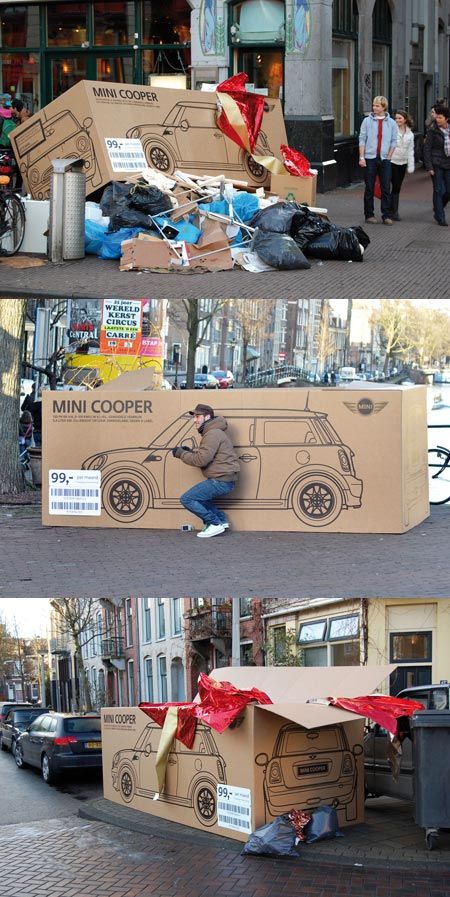 Clever guerilla marketing ads Campaign | Empty packaging was left on the street in Amsterdam after Christmas to make it look like someone had received boxed and wrapped MINI.

This guerilla marketing ad for MINI Cooper is outstanding. Imagine finding someone in your city got a boxed and wrapped MINI for Christmas. The ambient ad held on the streets of Amsterdam related with the tradition of Christmas gift giving is extremely clever! 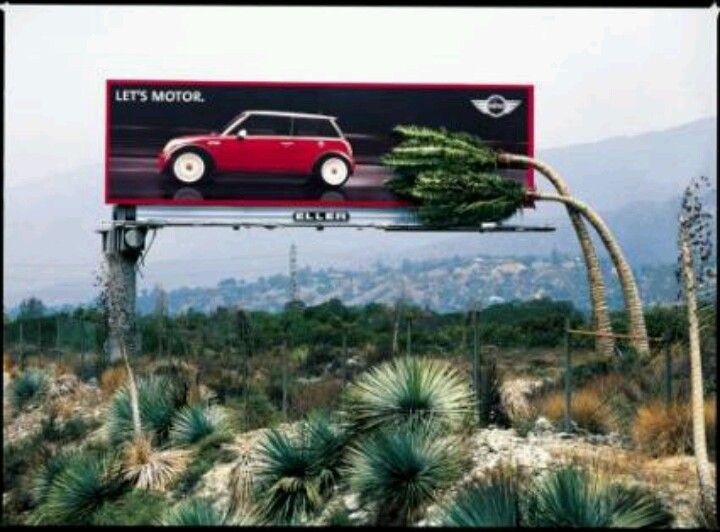 A MINI billboard strategically placed beside two curved palm trees create an illusion of speed and power. It is a prove of ingenuity and vision. True, it can only be used where palms like these have grown by a billboard, but it works! 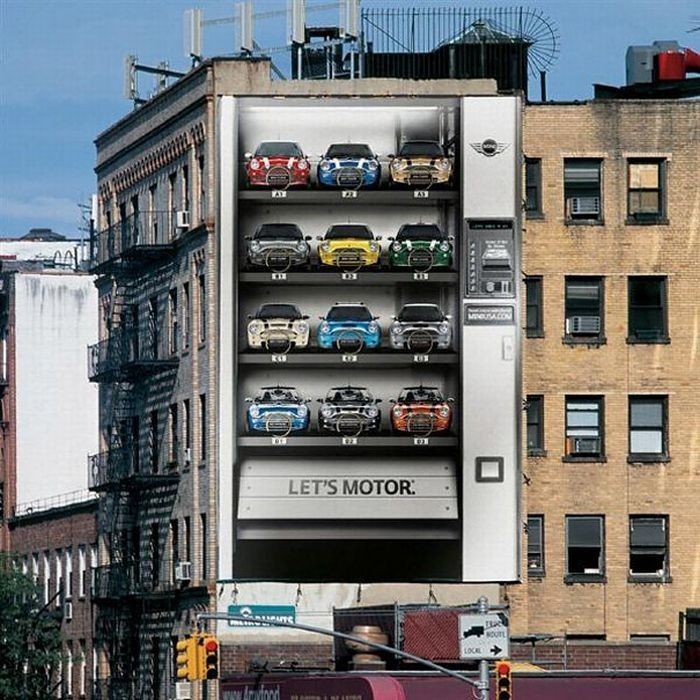 What better way to catch the eye of all passers and pedestrians in a busy city than turned a building into a giant MINI Cooper vending machine? This brilliant idea of Crispin Porter + Bogusky makes us wonder, could you really not notice it? And, which color to choose today? 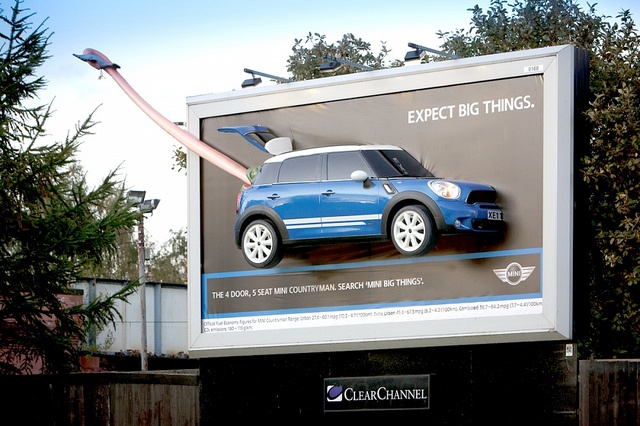 A large lizard trapping a birth with his tongue might have persuaded you to search for ‘MINI big things.” If you lived in London, Birmingham during the Tongue Campaign of MINI Countryman, then you are one of the lucky ones. Only four customized billboards that incorporated half life-size fiberglass models of the MINI Countryman were placed along the city. This advertisement was able to make people notice the considerably larger size of the MINI Countryman when comparing with the standard MINI Cooper. 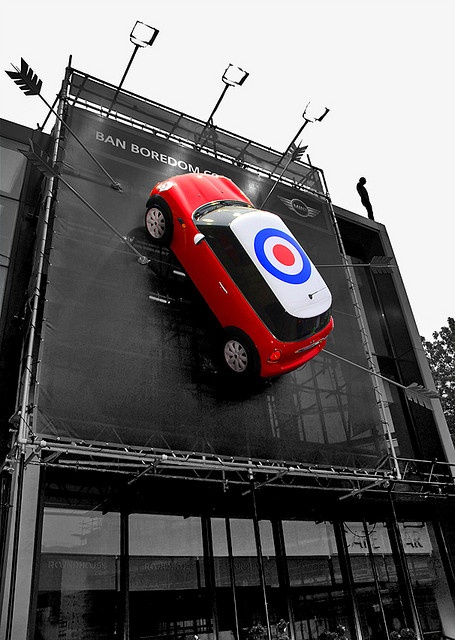 This is another example of how to use an amazing ambient ad and get a great response from the public. It comes from MINI UK. During the 2008 campaign “Ban boredom”, a MINI cooper was uploaded to the billboard at the Roundhouse in London. It uses the simple idea of targeting boredom with the entire arsenal. 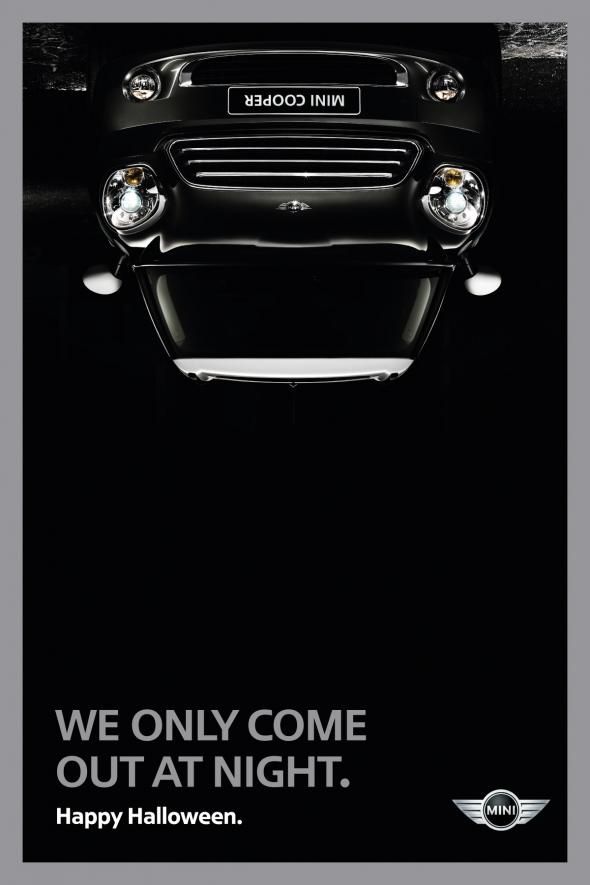 Halloween Mini Cooper advert “We only come out at night.”

And we continue with fresh and fun ideas. This particular one exemplifies how creativity combined with knowledge of your target costumer and their culture work perfectly when advertising a popular product.  Halloween Mini Cooper advert states “We only come out at night.” 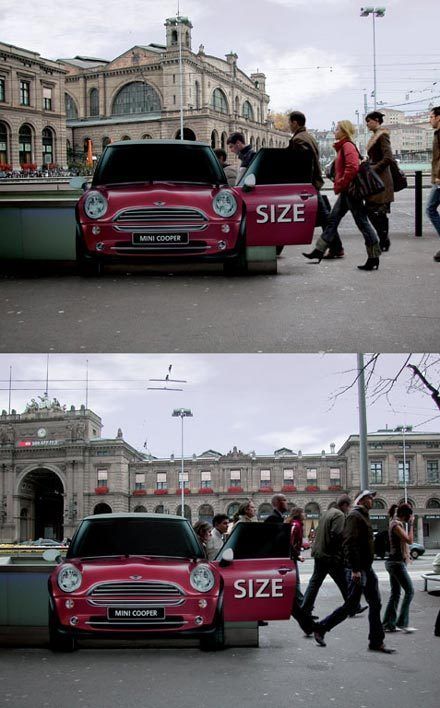 This is not a Mini it’s a Subway entrance! Add people climbing in and out suggests the space in a Mini!

MINI Cooper sells fun to this loyal and bonded group of customers. They identify themselves with the quirky, trendy, retro and one-of-a-kind vehicle line. This message must continue to resonate through its overall marketing theme of the company’s successful word-of-mouth campaign. 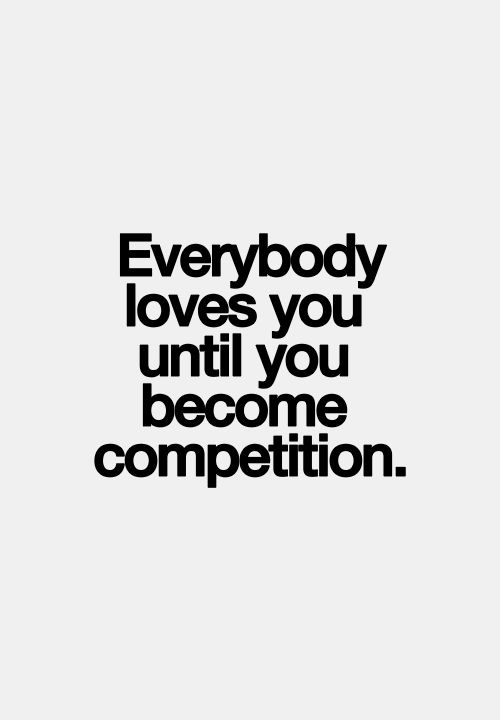 The 36 Rules of Social Media 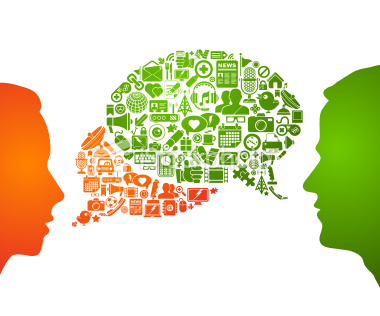 The story behind the Benetton WOM Campaign

Why Marketers Should Care About Reaching Latina Bloggers
3 replies