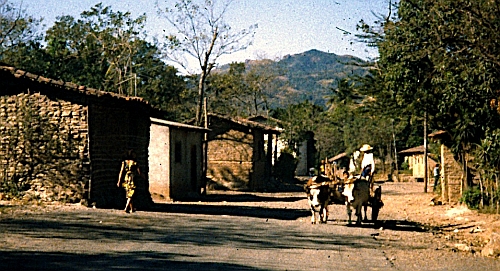 A total of 1.6 million Hispanics of Salvadoran origin resided in the United States in 2008, according to the Census Bureau’s American Community Survey. Salvadorans in this statistical profile are people who self-identified as Hispanics of Salvadoran origin; this means either they themselves are Salvadoran immigrants or they trace their family ancestry to El Salvador. Salvadorans are the fourth-largest population of Hispanic origin living in the United States, accounting for 3.3% of the U.S. Hispanic population in 2008. Mexicans constituted 30.7 million, or 65.7%, of the Hispanic population.

1 This statistical profile compares the demographic, income and economic characteristics of the Salvadoran population with the characteristics of all Hispanics and the U.S. population overall. It is based on Pew Hispanic Center tabulations of the 2008 American Community Survey. Key facts include:

• Language. Less than half of Salvadorans (44.2%) speak English proficiently.2 Some 55.8% of Salvadorans ages 5 and older report speaking English less than very well, compared with 37.3% of all Hispanics.

1 Percentages are computed before numbers are rounded.

2 Salvadorans ages 5 and older who report speaking only English at home or speaking English very well.

• Educational attainment. Salvadorans have lower levels of education than the Hispanic population overall. Fifty-three percent of Salvadorans ages 25 and older—compared with 39.2% of all U.S. Hispanics—have not obtained at least a high school diploma.

• Poverty status. The share of Salvadorans who live in poverty, 15.4%, is higher than the rate for the general U.S. population (12.7%) and below the 20.7% share among all Hispanics.

• Health Insurance. Four-in-ten Salvadorans (38.9%) do not have health insurance compared with 31.7% of all Hispanics and 15.4% of the general U.S. population. Additionally, 21.7% of Salvadorans younger than 18 are uninsured.

Attorney: Why are Hispanics ‘last in, first out’ of jobs?

Have you heard about Cubans?

A little about Dominicans
Scroll to top
3.8K2 min