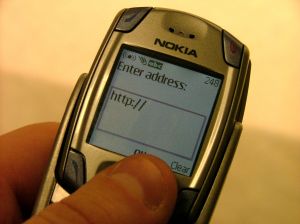 English-speaking Hispanics have made impressive gains in their use of mobile Internet, according to a study by the Pew Internet & American Life Project.

Between 2007 and 2009, the percentage of English-speaking Hispanics who reported going online via handheld device on a typical day climbed from 18% to 29%. African Americans registered an even bigger increase, from 12% to 29%. Both groups outpaced the growth in white users’ reported use of a handheld device to access the Internet on a typical day, which only grew from 9% to 17%.

The study was conducted in English, so the Hispanic population surveyed was skewed to a higher socioeconomic group, the study notes. When Spanish speakers were factored in to Pew’s Dec. 2008 study, the rate of broadband penetration in Hispanic homes was counted at 37%, while in the most recent study of English-speaking Hispanics, the rate was 68%.
Source: Billboard.biz – By Ayala Ben-Yehuda, L.A.