The younger, hipper Hispanic target is most likely native-born in the US and differs greatly in their consumer behavior from older/immigrant Hispanics – they speak English fluently and tend to be familiar with main-stream American culture and have similar buying habits to whites, AA and other non-Hispanics. 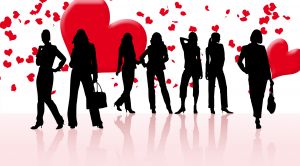 Young blacks and Hispanic college graduates are reviving cities.  They live in funky row houses and apartments in old neighborhoods that have been spruced up.  They’re part of the ‘Bohemian Mix,’ a cluster that has a substantial percentage of blacks and Hispanics.  It’s the most affluent of the racially and ethnically diverse groups.  Bohemians socialize across racial lines, jog, shop at Banana Republic, read Vanity Fair, watch Friends and drive Audis.

Of note regarding youth in general: “Youth Digerati” (as opposed to the old nickname “Youth Literati”), an ethnically mixed group, is the most affluent urban cluster.  Young Digerati tend to live in fashionable neighborhoods and are now more affluent than “Money & Brains” – older professional couples who have few children and own homes in upscale city neighborhoods.
Source: TIA