Tag Archive for: discrimination against workers

You are here: Home1 / Blog2 / discrimination against workers

The Wal-Mart corporation has been carefully nurturing its image as a strong supporter of the Latino community in America, opening stores designed for Latino shoppers, and hosting economic summits for Latino businesses. So it was especially embarrassing for the corporation to find itself in the national headlines late last week as the target of a lawsuit filed on behalf of its own Latino workers.

On May 7, 2009, the U.S. Equal Employment Opportunity Commission (EEOC), representing Hispanic employees at a Sam’s Club in Fresno, California, filed a lawsuit against Wal-Mart, charging that the workers had been subjected to a hostile work environment. The suit was filed in U.S. District Court, alleging that Sam’s Club managers allowed their Latino workers to be verbally harassed repeatedly, including the use of derogatory words against workers of Mexican origin, like ‘wetback.’

The EEOC does not file a suit unless it has given up trying to work out a voluntary agreement with a company. The lawsuit was brought under Title VII of the Civil Rights Act of 1964, which makes discrimination against workers based on their national origin illegal. In this case, the EEOC is seeking compensatory and punitive damages from Wal-Mart, and they want the company to put in place a written complaint procedure to process complaints of worker discrimination.

WalMart, which already has a large collection of worker discrimination lawsuits filed by the EEOC, tried to put its best face on the new charges. “We work hard to make sure (workers) feel respected and valued in the workplace,” a company spokesman said.

The most recent Fresno litigation comes at a particularly awkward time for WalMart, which recently opened up a small Supermercado de Wal-Mart in the Houston, Texas area touted as the company’s first superstore targeted to Latino shoppers. The store serves tacos, and displays signs in Spanish and English. This summer the retailer plans to open up a “Mas Club,” their Latino version of Sam’s Club. A second Supermercado is slated to open in Phoenix.

“I think it’s about being more relevant to the community you serve,” WalMart vice president of business development told the Houston Chronicle. “Especially in Houston, the demand for Hispanic products has been growing for us. I think this is a natural evolution of what we’ve been doing for years.” The Chronicle noted that lower-income shoppers, including Hispanics, are the nation’s fastest-growing income group and will generate $84 billion in incremental spending during the next decade. Wal-Mart said it has learned how to serve Hispanic shoppers from operating more than 2,346 stores in Latin America—roughly half of them in Mexico—where Wal-Mart is now the largest grocery in that country. But apparently some officials in the Sam’s Club Division have not learned yet how to treat their Latino workers with dignity.

Wal-Mart is putting a lot of public relations time into the Latino market. The giant retailer, with the support of Latino Magazine and Impacto, recently assembled nearly 200 prominent Latino businesses and leaders from the Administration of President Barack Obama, like Gene Sperling, Counselor to Treasury Secretary Timothy Geithner, to discuss “issues of greatest importance” to the Latino business community. Wal-Mart says it sponsored this first ever “Latino Economic Summit” on March 31, 2009 to extend its commitment to support the growth of Hispanic-owned businesses and Wal-Mart’s Hispanic suppliers throughout the United States. The Latino Summit was designed to “reveal opportunities for Latino businesses to thrive in the midst of the ongoing economic turmoil.”

But five weeks later, it is WalMart’s Latino policy that is in turmoil. The federal lawsuit, EEOC v. WalMart Stores Inc., dba Sam’s Club, et al, claims that Hispanic employees at the Sam’s Club were repeatedly called ‘wetbacks.’ EEOC’s Fresno director told the media, “It is appalling that an employer, after becoming aware of the harassment, allowed this type of behavior to continue without taking appropriate and corrective action. The EEOC will continue to expand its presence in the Central Valley to ensure that its employers understand the magnitude of their duty to protect employees from discrimination.”

Apparently WalMart is happy to take Latino dollars in its cash registers, but hasn’t learned how to properly treat the Latino workers who operate those cash registers. This case will no doubt end in a settlement, much like the recent Valley Stream, New York trampling death case, in which WalMart paid its way out of further prosecution. The EEOC exposure will pressure WalMart to get this story out of the headlines as soon as possible, and to compensate its workers for the “low everyday” treatment they confronted on the job.

Latinos throughout the Americas have a right to expect ‘mas’ from the WalMart corporation—or to find some other place to shop.

Author: Al Norman is the founder of Sprawl-Busters, and has been helping communities fight big box stores for nearly 16 years. 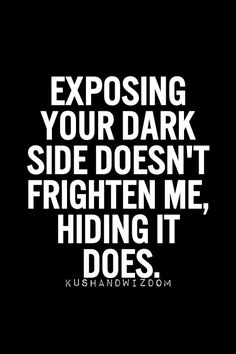