You are here: Home1 / Blog2 / Cell Phones Key to Teens

Nearly half (47%) of US teens say their social life would end or be worsened without their cell phone, and nearly six in 10 (57%) credit their mobile device with improving their life, according to a national survey from CTIA and Harris Interactive. 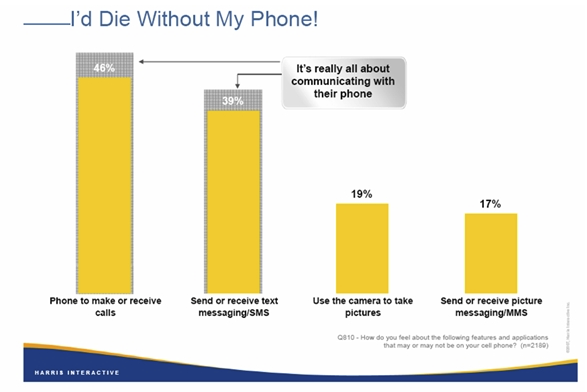 Four out of five teens (17 million) carry a wireless device (a 40% increase since 2004), finds the study titled “Teenagers: A Generation Unplugged,” which probes how the growing teen wireless segment is using wireless products and how they want to use them in the future.

The study also confirmed that texting is replacing talking among teens. Teens admitted spending nearly an equal amount of time talking as they do texting each month. The feature is so important to them that if texting were no longer an option 47% of teens say their social life would end or be worsened – that’s especially so among females (54% vs. 40%).

Teens say texting has advantages over talking because it offers more options, including multitasking, speed, the option to avoid verbal communication, and because it is fun – in that order, according to the study.

With more than 1 billion text messages sent each day, it is no surprise that 42% of teens say they can text blindfolded, the study found.

“Teens have created a new form of communication. We call it texting, but in essence it is a reflection of how teens want to communicate to match their lifestyles. It is all about multitasking, speed, privacy and control,” said Joseph Porus, VP & chief architect, Technology Group, Harris Interactive. “Teens in this study are crying for personalization and control of exactly what a wireless device or plan can do for them.”

Devices of the Future

The survey asked teens what future changes they’d like to see in wireless services and devices and found that respondents want cell phones that break boundaries and are personalized to fit their lifestyles. 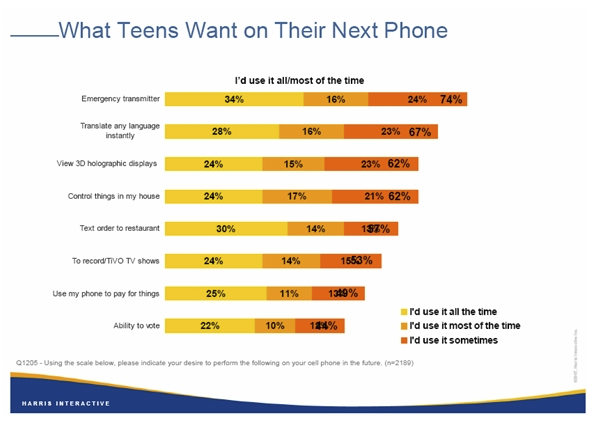 Also on teens’ wish lists are phones that…

“In the future, mobility for teens means mobile banking, mobile voting, location based services, personal entertainment – the sky is the limit for how mobile our lifestyles can be,” said Steve Largent, president and CEO, CTIA – The Wireless Association. “We’ve certainly come a long way in 25 years and expect teens to be a growth driver for the industry and have a major impact on the wireless landscape for years to come.”

About the study: The study was conducted online in July 2008 among a nationally representative sample of 2,089 teenagers (age 13-19) across the US who have cell phones. More than 100 questions were asked on mobile phone usage, attitudes, behaviors, and teens’ desires and aspirations for the future of mobile communications, entertainment, and other features. 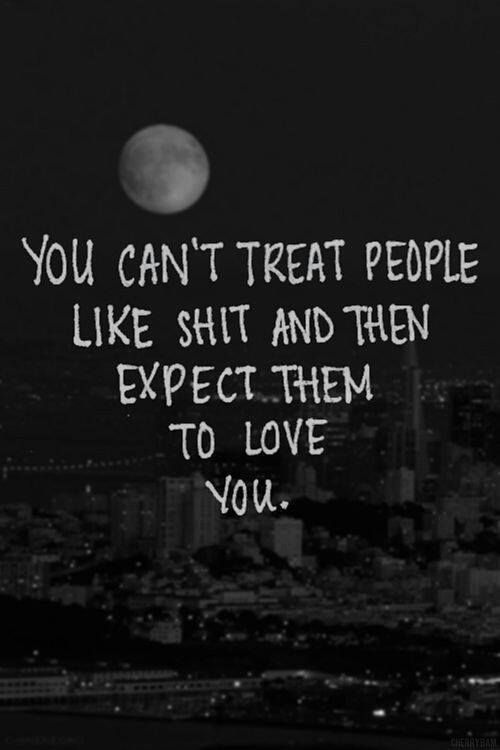