When Hispanics turn on their televisions over half of them are tuning into an English language show. Read how Bilingual Hispanics live with ease in both worlds.

According to a recent Ipsos U.S. Hispanic Omnibus study, U.S. Hispanics, regardless of whether their language preference at home is English (43%), or Spanish (52%), are turning to either language to meet their needs. When Hispanics turn on their televisions over half of them are tuning into an English language program.

Mixing languages does not complicate the lives of United States Bilingual Hispanics who are living with ease in both worlds – one that is in English and the other that is in Spanish, concludes the report.

The person playing that Spanish beats music on radio is most likely to be a Hispanic female (51%), as they are more likely than Hispanic males (38%) to tune into Spanish radio. Among radio preferences overall, Hispanics are practically split as 49% stated that they listen to English language radio while 45% percent listen to Spanish language radio.

53% of Hispanics read the news and they are looking for information in both languages:

Cynthia Pelayo, Ipsos senior research manager, says “… many US Hispanics continue to speak primarily Spanish, among their peers, family and friends, to watch television in Spanish and to be involved in cultural community events that are mostly conducted in Spanish.”

She goes on to note that their innate skill to utilize either language is an advantage in functioning in US institutions while preserving their Hispanic heritage.

With a sample of this size, notes the report, the results are considered accurate within ± 3.1 percentage points, 19 times out of 20, of what they would have been had the entire population adult homeowners in the U.S. been polled. These data were weighted to ensure the sample’s regional and age/gender composition reflects that of the actual U.S. population according to data from the U.S. Census Bureau.
Source: Jack Loechner – http://www.mediapost.com/publications/index.cfm?fa=Articles.showArticle&art_aid=100359&passFuseAction=PublicationsSearch.showSearchReslts&art_searched=hispanic&page_number=0

Consumer purchases are influenced by Product Placement, Sampling, and Word-of-Mouth Collectively and this varies by product category and consumer group.

As marketers search for ways to increase marketing ROI, product placements are a viable option, says the report, particularly when targeting specific ethnic groups. African American, Hispanic and Asian consumers are more likely to be influenced to buy electronics, grocery and apparel from product placements*.

Gary Drenik, President & CEO of BIGreserch, concludes “Though the use of product placements is growing… today’s savvy consumers… recognize when advertisers are trying to manipulate them… when executed effectively, product placements can… create highly influential word of mouth among specific consumer groups.”

And, while placement and word of mouth** impact future purchases, sampling*** can create an almost immediate impulse purchase. According to the Product Sampling Study by Arbitron, sampling successfully reaches 70 million consumers every quarter, and one-third of customers who try a sample will buy the sampled product in the same shopping trip, and 58% of those surveyed reported that they would buy the product again.

In the study, consumers were grouped into three categories:

Carol Edwards, Senior Vice President, Sales, Out-of-Home Media, says “… this study enforced that the sampling approach is both effective in making new customers aware of products, while also establishing a firmer identity with those consumers who have considered the product before.”

Highlights of the study:

* Product placement, or embedded marketing, is a form of advertisement, where branded goods or services are placed in a context usually devoid of ads, such as movies, the story line of television shows, or news programs. The product placement is often not disclosed at the time that the good or service is featured. Product placement became common in the 1980s.

** Word of mouth is a reference to the passing of information from person to person. Originally the term referred specifically to oral communication (literally words from the mouth), but now includes any type of human communication, such as face to face, telephone, email, and text messaging.

According to a study published on the June 15 issue of the American Journal of Cardiology and performed by Dr. Luis R. Castellanos, Dr. Sharon-Lise T. Normand, and Dr.  John Z. Ayanian, Hispanics undergoing bypass surgery (isolated CABG or Coronary Artery Bypass Grafting) in Massachusetts were more likely to be operated on by cardiac surgeons with higher risk-standardized mortality rates than by surgeons with lower rates.

For the purpose of this study, participating surgeons were divided into four groups based on their risk-standardized 30-day all-cause mortality incidence rates.

In conclusion, Hispanics undergoing isolated CABG in Massachusetts were more likely to be operated on by cardiac surgeons with higher risk-standardized mortality rates than by surgeons with lower rates. 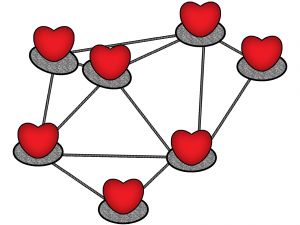 Median age of people in the United States of Mexican descent. This compares with 36.7 years for the population as a whole.

Number of Mexican-Americans who are U.S. military veterans.

Number of people of Mexican descent 25 and older with a bachelor’s degree or higher. This includes about 362,000 who have a graduate degree.

Among households where a householder was Hispanic of Mexican origin, the percentage of married-couple families with own children younger than 18. For all households, the corresponding percentage was 21 percent.
Source: U.S. Census Bureau